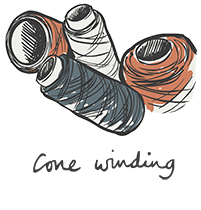 Once the yarn has arrived, we take it into the warping shed. A cone of yarn from the mills usually weighs between 1 and 2 kg. We normally split it up into smaller amounts on our cone winder. We calculate the amounts according to pattern, yarn weight and warp length. On average we might be winding about 50 cones of yarn. 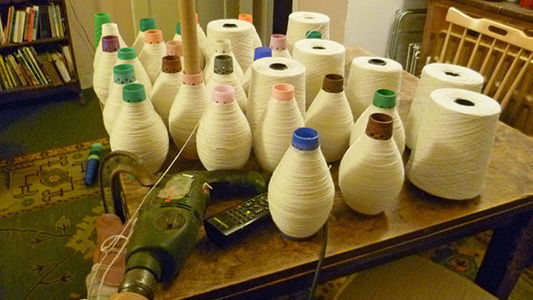 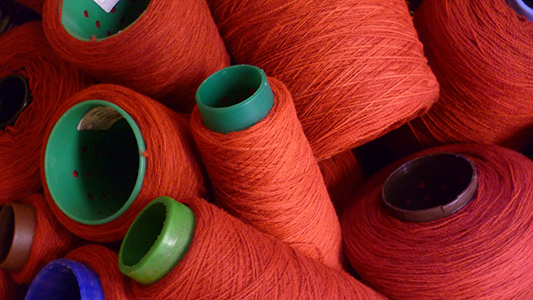 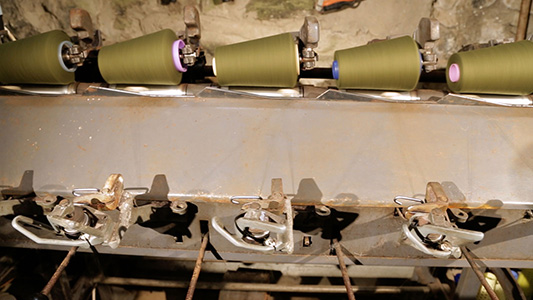 We bought our cone winder from a mill that closed down in Halifax. We can wind five cones at the same time. This task is still a real pleasure, especially when we think back to how we used to work before we had the winder.

Here’s a short film of our pre-cone winder days. We adapted an electric drill to do the job, but there were quite a few difficulties due to the shape of the cones and the somewhat wearing effect on Roger’s general happiness levels.
Here is how we do the cone winding now. Stand back and relax. In this case we’re winding naturally dyed yarn for our Blue Periwinkle Shawls. The yellow colour comes from Tansy grown on Skye and the blue comes from Indigo. 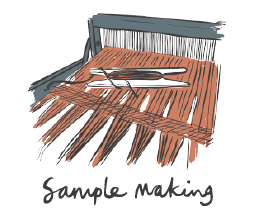 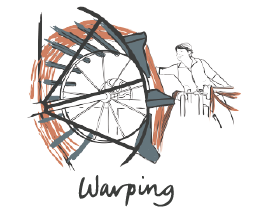