We’ve been spending the last few weeks weaving a new range of herringbone tweeds and replenishing stocks of our popular Silver Birch Herringbone. We enjoy weaving traditional herringbone tweeds with a variety of weft colours, which we choose by looking at the Skye’s stunning land- and seascapes.

Follow our footsteps from tweed design to finished product in a short film made by the fantastic team of Skye Films. 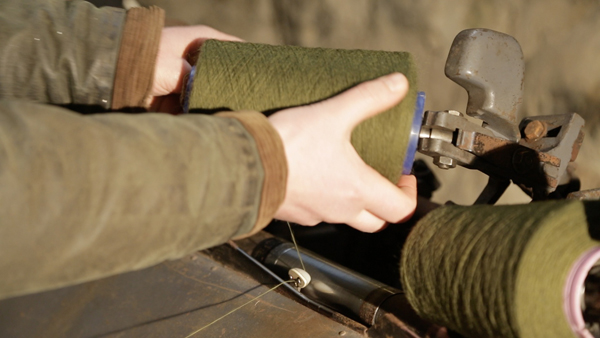 The tweed we were preparing while Skye Films made this short film about us, is our Moss Check Tweed. The yarn for this tweed comes from R. Gledhill Ltd, a long-standing family business of woollen yarn spinners. We have been working with them right from the start and really value the excellent quality of their yarns. 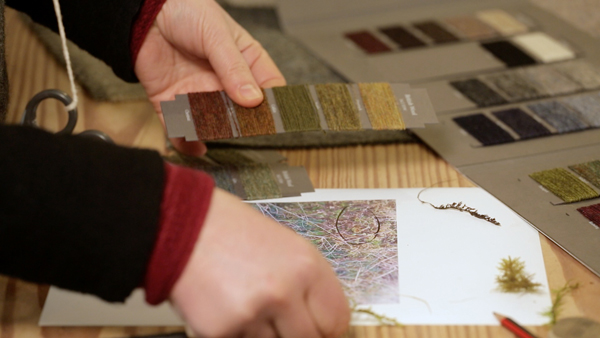 Once the weaving is completed, we send our tweed off to Schofield Dyers and Finishers in the Scottish Borders. They wash and shrink the tweed, so it retains its shape even after years of wear.

There are hundreds of different fabric finishes, which all create a slightly different effect and make the fabric suitable for its specified purpose. Visit Make Works, the Scottish Manufacturing Directory, if you would like to learn more.

After finishing, the tweed comes back to us on Skye and we sell it by the length in our shop or online. We also use it ourselves to make up a small range of clothing and homewares. Our tweeds have been very popular for curtains and blinds. Here is a picture of a door curtain in An Airigh, an award-winning self catering holiday let over the hill from us. 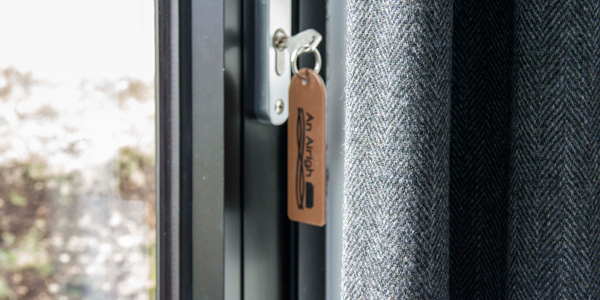 Last year we designed a tweed for an exhibition in the Inverness Museum and Art Gallery. The aim of the exhibition was to explore arts and crafts connected to hunting, shooting and fishing. In the past these activities were essential life skills, and crafts developed around them to provide the perfect tool for the job.

Today hunting, shooting or fishing in Scotland is not normally done for survival, but has mostly become a leisure activity. Still, a lot of the traditional tools are being used, and some of the crafts and skills are as relevant today as they were in the past.

For a long time tweed was the fabric of choice in the Scottish Highlands and Islands not only for hunting, shooting and fishing. Wool was available and could be processed at home by anyone with a spinning wheel and a loom. While the necessity to make your own fabric has gone now, natural fibres have come back into fashion. Wool is once again known about for its many great attributes – read more about it here: Campaign for Wool. 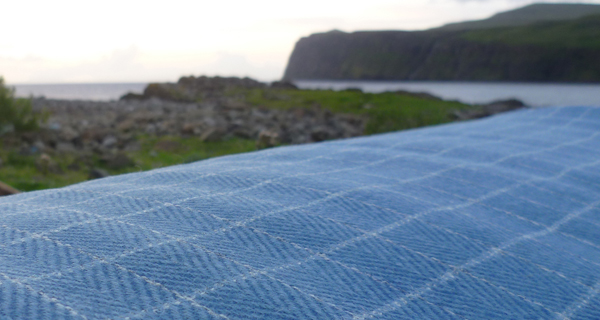 Emma Dove and Mark Lyken of Soft Error produced a series of short films about objects shown in the exhibition. Here is the film about our tweed and the yarn dyeing: Indigo Herringbone Tweed. 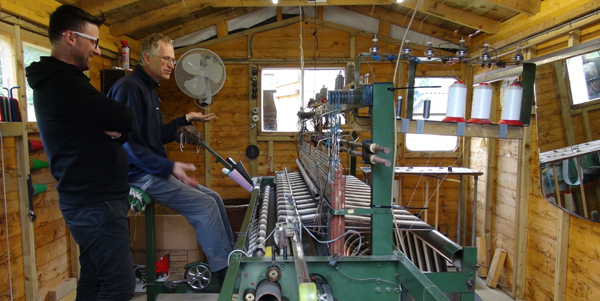 Get a taste of Skye! All online orders before the 5th of December will enter the draw for our small Skye Christmas Hamper. It’s got a taster of our favourite sweet, salty and soapy products made on the island. There is traditional Skye Fudge, award-winning Skye Sea Salt, a beautiful little salt pot, organic Island Botanics Soap and Whisky Marmelade. Most of these are also available online! 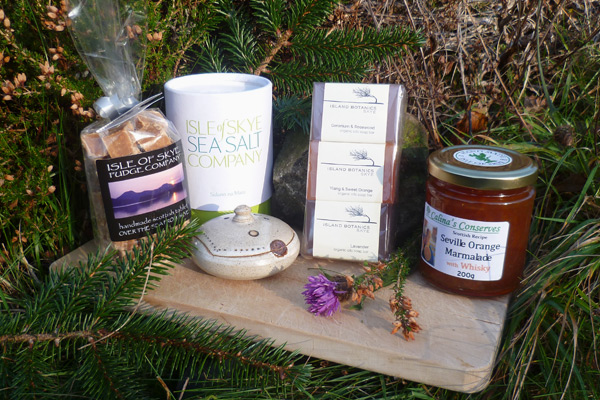 Kenny Macleod recently set up his own business Croft Upholstery. We have been working with him on a couple of upholstery projects since. Here he explains how he learned his craft – from wood and springs to cosy armchair. 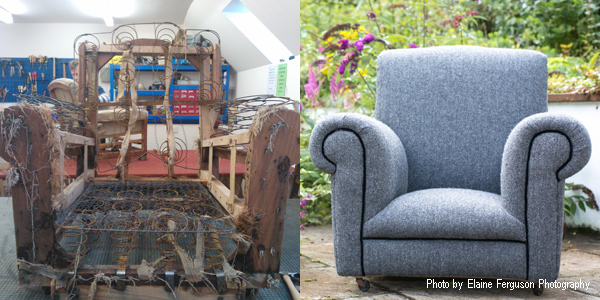 Croft Upholstery is a new upholstery and wood restoration service for Skye and Inverness.

Since leaving School in 2001, I pursued a career in film and media, writing and consulting on scripts for films produced in Scotland and copywriting for STV Creative among others. Though it is a true passion of mine, I recognised that, from my experience, the media projects offered short term contracts and I really wanted to learn a skill I could practice to provide a dependable income.

Upholstery is something I have been interested in since a young age. When I was a child, my mother used to get things upholstered by Bert Smith, whose role as the island’s sole upholsterer has not been filled since his passing a number of years ago. So, in 2012, I decided to explore my interest in upholstery and learn the craft.

I trained with Fife’s Cornhill Courses from September 2012 until June 2014. Cornhill Courses is the only approved AMU training centre in Scotland. Completing level 2 and 3 certificates in traditional and modern upholstery techniques, I am now setting up as a self-employed upholsterer.

In my opinion, collaborating with like-minded businesses is a really important part of growing a service within the Highlands. Last May, I got in touch with Skye Weavers as the tweed they make has a quality that I thought would be a perfect suit for my graduation piece.

The chair in question was donated to my upholstery teacher. Not the most practical patio furniture, it had been sitting in a garden in Fife for a number of weeks before I begun working on it. Though damp, the wood was in great condition and it was ready to be traditionally upholstered from the frame up. Here are some pictures of just a few of the processes involved: 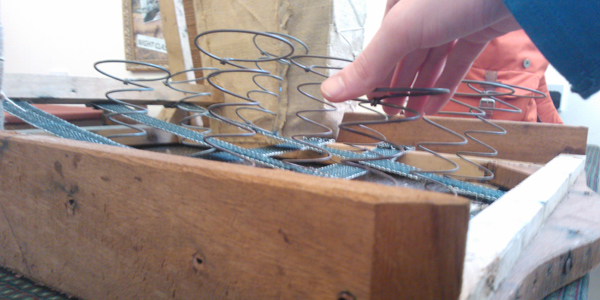 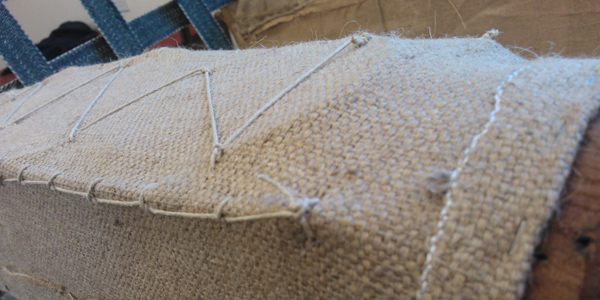 Blanket stitch applied to the length of the unit. 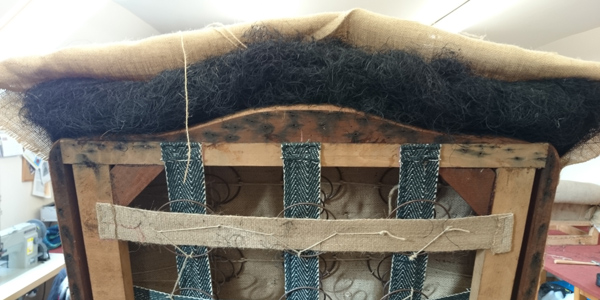 Sculpting the shape with scrim. 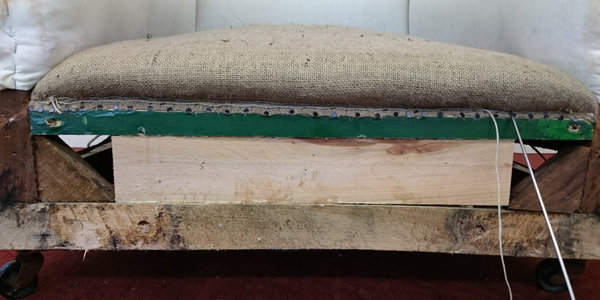 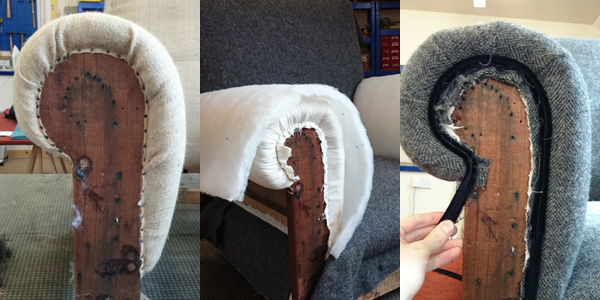 Working on the arms.

I was delighted to collaborate with Skye Weavers at this stage in my career as an upholsterer. I enjoyed working with their tweed and look forward to future projects.

Going forward, I plan to continue to develop the business locally, building relationships and, over the years, adapting my skills to use in car and marine upholstery.

If you would like to discuss a project, please email a picture of the piece, together with a note of what you require. 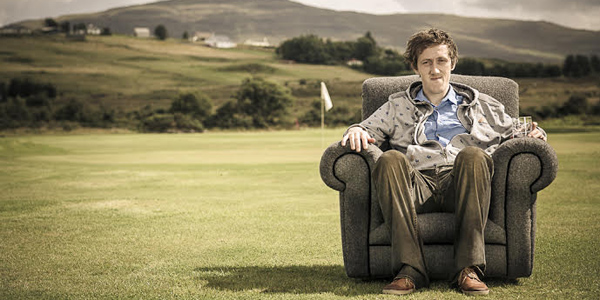 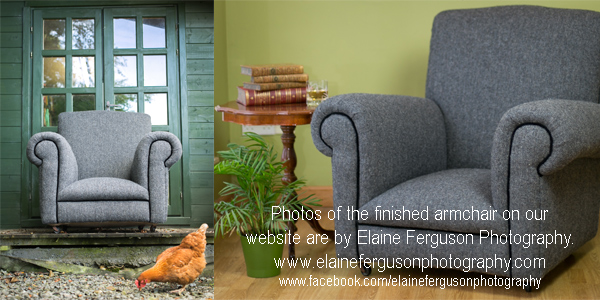 Our new range of asymmetric lambswool scarves was inspired by looking at Skye’s natural landscape in close-up.

Phil Gorton is an analogue photographer who enjoys exploring the small and beautiful things around us as much as we do. With his unusual perspectives and close-up photography he manages to capture colourful moments, intriguing shapes and dramatic light effects even on the most grey and monotone days.

Two of our new scarves were inspired by Phil’s photography. The first picture shows two Periwinkles rotating in a shallow rock pool near Cleat Skerry, on the shore of Loch Vatten, in the north west of Skye. 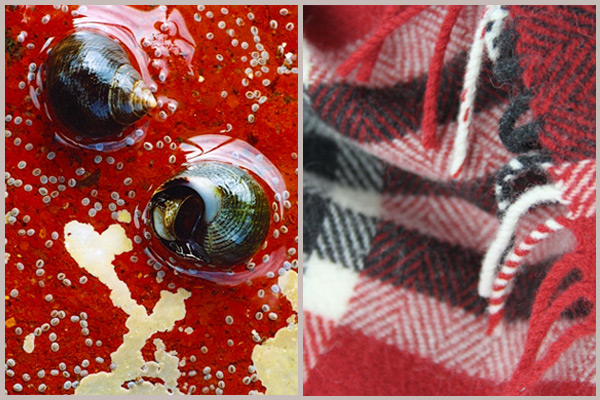 The second picture was shot on the Pool Roag shoreline. It shows a close-up of the bright yellow and white lichens which so often adorn rocks along Skye’s seashore. 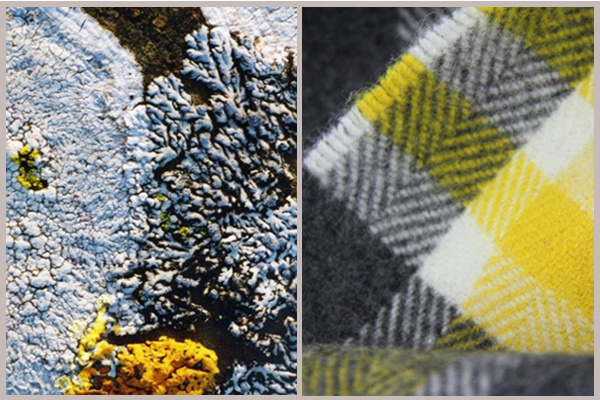 The third picture was taken by myself on a walk with Roger. It shows a rocky path meandering up into Coire a Ghreadaidh, one of the many scenic corries in the heart of the Cuillin Hills. 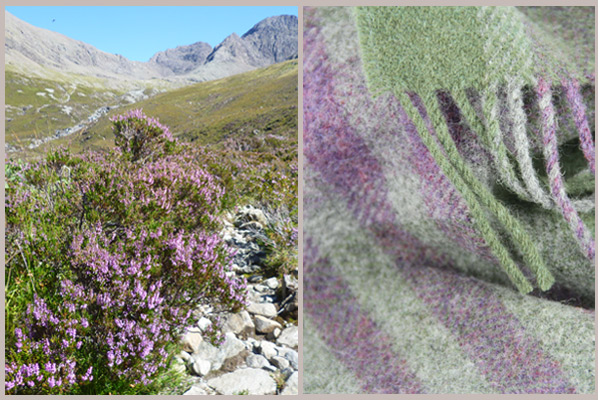 You can buy the scarves in our online shop or directly from us in Glendale. Phil Gorton’s fine art photographic studio is about fifteen minutes away and we highly recommend a visit there. Can’t make it up here? Contact Phil to get the scarf inspiration picture sent to you.