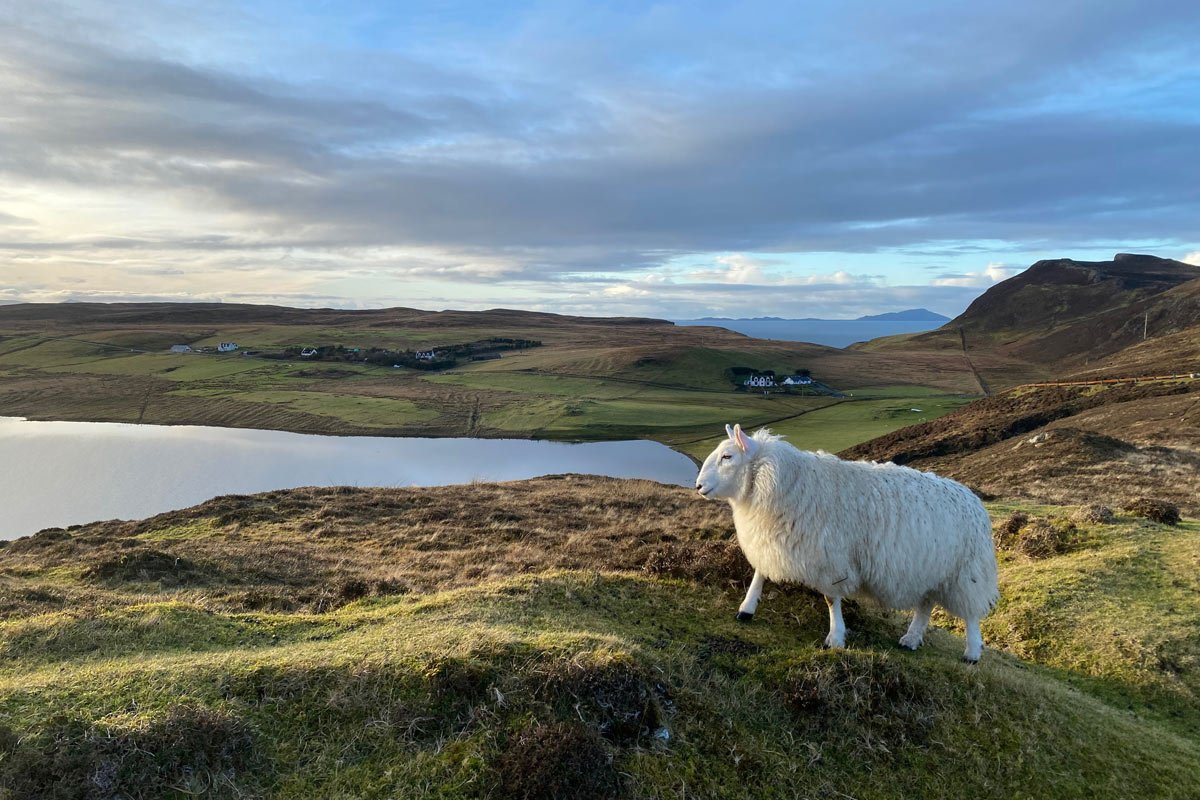 All our Skye Wool has a story behind it – and if you come to Glendale you’ll see much of next year’s fleece grazing in the glen. But this story is a bit special. It’s the tale of the amazing Maisie, who survived and thrived against the odds after she was fostered by our colleague Angie.

Maisie came into Angie’s life in March last year when she was just one day old. She’d been found by a walker on the edge of Loch Mhòr near Neist Point, and her mum was nowhere to be seen. The flock belongs to local farmer Sam, who didn’t think she would survive – one of her ears was flopping down, which is a sign that a lamb is very poorly. But Sam also knew that if anyone could bring this abandoned creature back from the brink it would be his neighbour Angie. For as well as being a talented artist and Skye Weavers needlewoman, Angie has a knack with ailing animals.

Angie took her in, creating a cosy home in the kitchen next to the heater in a re-purposed dog carrier. For the next four weeks she hand-reared Maisie, bottle-feeding her with lamb milk formula until she was strong enough to move out into the garden. “At the beginning it was touch and go whether she would survive,” says Angie. “Looking after a small lamb is pretty exhausting – they have such small stomachs they need feeding about every four hours. So it was a round the clock exercise at first.”

Once Maisie was ready to go outdoors she rapidly gained in strength. She soon became firm friends with the resident chickens as well as Rockie the dog and Alfie the cat. “Maisie loved coming on walks with me and Rockie,” says Angie. “She would happily trot along beside us on our daily rambles up the glen. She soon became part of the animal family and would bound up to greet me outside the door when I came in from work.”

But it was never the intention that Maisie would be a permanent pet, so eventually it was time to move in with the rest of Sam’s flock. A little over-friendliness ensued, however, as earlier this year it became evident that Maisie was going to have a lamb of her own. “Ewes don’t normally have their first lamb until two years old,” says Angie, “so I was very worried about this ‘teenage pregnancy’. However she was so big and healthy by this time that I’m pleased to say both mother and lamb did absolutely fine.” Maisie gave birth in April, and Angie and Sam are making sure that the new lamb is fully integrated into the flock. No names or bottle feeding for this girl!

But Maisie will always be a bit special. And when it came to clipping (shearing) time this summer, Maisie wasn’t going to be just one of the flock – Sam gave her a special taxi ride in his trailer. She repaid the favour by yielding us a cracking 2.2kg of fleece.

So if you buy one of our Skye Wool products next year there may well be a little bit of Maisie’s fleece in your throw, tweed or scarf. If you’d like to know when the new Skye Wool collection arrives, just sign up to our newsletter.

And if you’d like to see what else the talented animal rescuer Angie gets up to, pop down to the Glendale craft market (every Tuesday in the Community Hall) or have a look at her lovely online shop, Art at Eight. 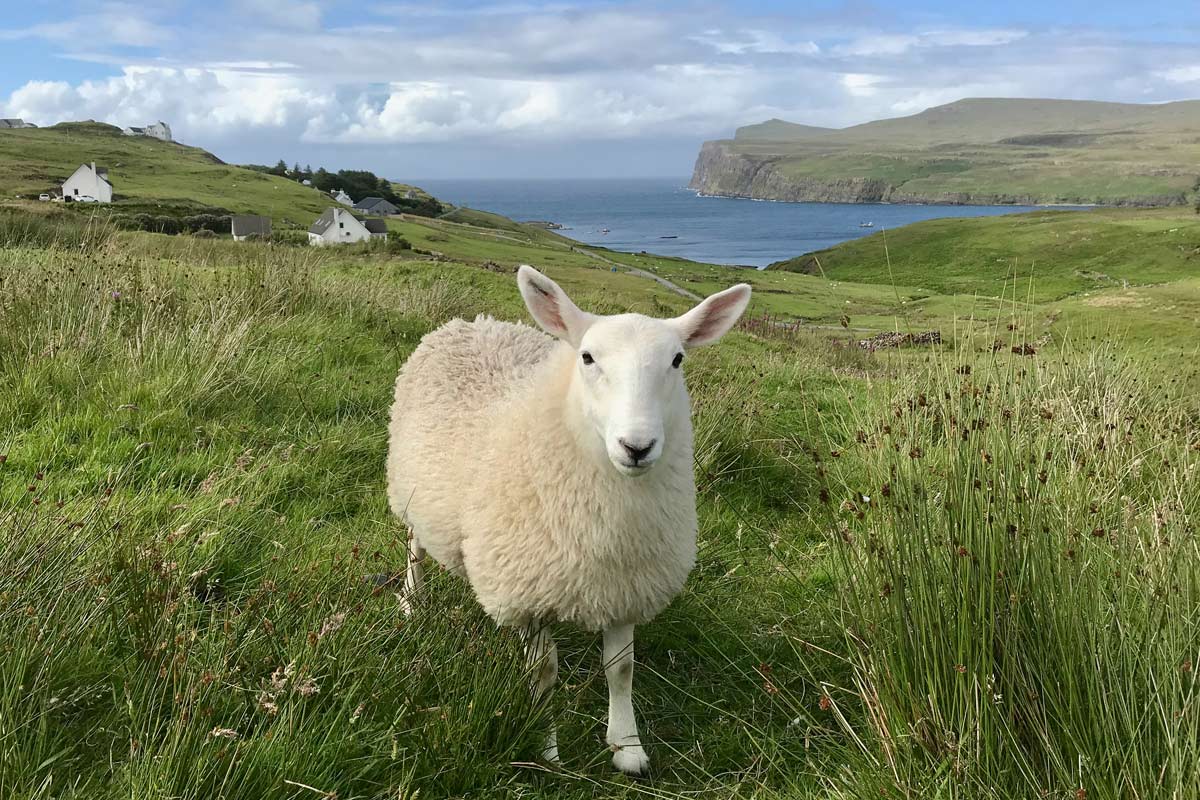